Home About The Jack Show

About The Jack Show 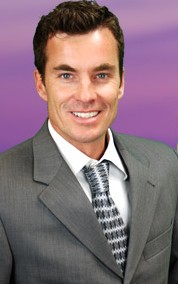 (born August 10th 1974) is an american television personality, television host, and producer. Stockton is known for hosting The Jack Show has aired on Networks FOX, NBC and CBS.

In 2012 Stockton became the host and executive producer of downtown Christmas live, coming to Hollywood, and child stars. He began co hosting with Brenda Barsumian for the Real Housewives of Beverly Hills, Vanderpump Dogs Specials.

Stockton received his first mass media award for Vietnam Veterans of America special on Fox and was nominated in 2019 for The Red Silk Carpet Awards Outstanding Entertainment Talk Show Host.

The Jack Show debuted in NewYork in 2019 and will be airing in New York and Los Angeles in 2020.

Jack Stockton has dedicated his life and career to providing awareness to causes such as Alopecia, Breast Cancer, Spina Bifida, and continues to visit schools and juvenile facilities to inspire and motivate creativity and imagination.

NYFW SS18 Behind the Stage.

NYFW SS18 Behind the Stage.

ABOUT US
The goal of The Jack Show is to inspire and celebrate people everywhere. The Jack Show changes lives and brings awareness to our communities needs through celebrity platforms. Our community is filled with amazing triumphant stories of individuals overcoming some of life’s biggest challenges including ovarian cancer, alopecia, teen eating disorders, and extreme poverty.
© Copyright 2021 The Jack Show. All rights reserved. Website by Chico Designs.